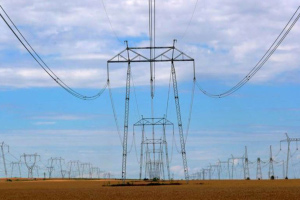 The Ethiopian Electric Power (EEP) announced on 10th October that Ethiopia has earned more than USD 13 million from exporting electricity to neighbouring Djibouti and Sudan.

According to Menilik Getahun, the head of sales and customer management office under the marketing and business development department of EEP, the amount generated was out of the planned USD 18.55 million by supplying more than 349.56 million kWh of electricity to Djibouti and Sudan in the 2 months of the current Ethiopian fiscal year.

The state owned utility has instead supplied 232.76 million kilowatt hours of electricity, cashing in 13.04 million US dollars, which amounts to 70.29% of the target.

However, compared to the plan, the sale was USD 5.5 million or 29.71% less than the plan, whereas the electricity exported was 116.8 million kWh.

Although the exports to the 2 countries were generally below the plan, the export revenue generated from Djibouti shows 15.38% increase than was the plan, Menilik explained, adding that the plan with regard to export to Sudan could not be achieved due to a decrease in the demand from the Sudanese electricity company to purchase power during the 2 months.

In addition to the income obtained from the electricity export to the 2 neighbouring countries, EEP has previously reported that more than 2.74 billion birr was obtained from domestic energy sales and fiber optic rental.