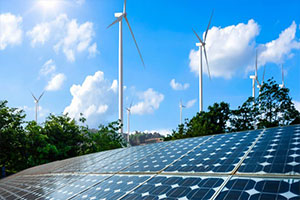 In an exclusive interview with ENA, Ministry PPP Director-General Tilahun Tadesse stated the country initiated its first ever public-private partnership (PPP) program by approving 17 projects on the basis of detailed identifications of the primary phase of the program.Out of the approved projects, 8 are solar, 5 hydropower, and the rest road projects.

"In this first phase of the project, two of the solar projects are going to be built in Afar and Somali regional states soon as they pass all the specified processes," he added.

The trend of engaging in mega projects in general takes a long time owing to the nature of the method because it depends on international standards, Tilahun said.

"Ours is quicker than others in terms of mega projects, and our desire is to make it even faster than what it takes. But we'd like to follow all the processes of international standards," he explained.

For the second phase of PPP, 8 projects are identified. Of these, 5 are wind powered energy projects and therefore the others logistics, development , and health.

According to the director-general, "the commitment of both the government and private sector is promising and beyond our expectations. International institutions, including the World Bank, have been involved in consultations. The one and therefore the most vital thing has internationally standardized legal framework."

The legal frameworks and therefore the confidentiality witnessed are the main pushing factors for uplifting the international companies to interact in Ethiopia's PPP projects, he further added.

Addis Ababa University Professor, Assefa Admasse said on his part PPP is critical to fill the gaps in both sectors. Both parties could benefit from the program.

He stressed that "PPP needs trust. There were reluctances by both parties in general and the government in particular in the past. The government at times doubted the private sector of ill-intentions."

The other reason for slowing the process of PPP is capacity. Therefore the professor advised both parties to reinforce their capacities.