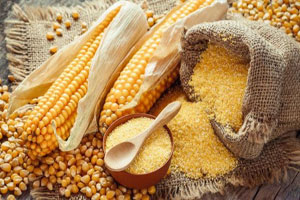 Tanzania will supply one million metric tonnes of maize and flour to Kenya in a period of 12 months to bridge a shortfall of corn that has led to soaring prices of food.

The Deputy Minister for Agriculture and Irrigation, Hussein Bashe told the 'Daily News' yesterday Kenyan officials whom he met in Dar es Salaam yesterday had requested to be supplied with one million metric tonnes of maize and they agreed that amount would be supplied in 12 month time.

"They said they need one million metric tonnes of maize and we agreed we will supply the said amount in a period of 12 months. The supply will involve maize flour, raw maize and even rice," he said.

The Kenyan officers were led by Kenya's Principal Secretary of the State Department for Agricultural Research in the Ministry of Agriculture, Livestock and Fisheries, Prof Hamad Boga and Kenyan High Commissioner in Tanzania, Ambassador Dan Kazungu.

The Deputy Minister said they agreed that 20,000 metric tonnes would be supplied to Kenya immediately from the N ational Food Reserve Agency (N FRA) and the focal point would be the Cereals and Other Produce Board of Tanzania.

He said the focal point for 20,000 metric tonnes would be Makambako and Songea and officers from departments responsible for issuing permits should organize themselves to fast-track the process.

"The focal point will be Makambako and Songea. All officers responsible for permits should be there and should work together to cut red-tape," he said.

The Deputy Minister said they agreed that a technical team from Kenya would meet their counterparts in Tanzania next week to come up with a framework of agreement for supply of food crop to Kenya.

The team from Tanzania would involve officials from N FRA, the Cereals and Other Produce Board of Tanzania, Department of Plant Health Services and Tanzania Revenue Authority (TRA), he said.

"I have given them a deadline of Friday next week to come up with a framework agreement for the supply of the food crops to Kenya," he said noting that the Kenyan team would also bring specific needs of foods items to be supplied under the agreement.

The Deputy Minister said he had instructed N FRA and the Cereals and Other Produce Board of Tanzania to seek funding from Tanzania Agriculture Development Bank.

The amount of the funds to be sought would be known after the framework agreement is approved and contract signed, he said.

Mr Bashe said he had also directed the Marketing Department of the Ministry of Agriculture to prepare a list of local brands of maize flour that have Tanzania Bureau of Standard (TBS) mark so that they can be supported to supply their products in Kenyan market.

"I have instructed our marketing department to prepare a list of local brands of maize flour with TBS mark so that they can be helped to supply their products in Kenya.

This is important so that KBS can help them enter the Kenyan market," he said. He said the food items to be supplied under the agreement would be obtained from both the N FRA and the private sector.