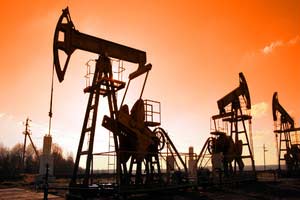 The opportunities lying in the oil and gas sector want to be utilized notes the Ministry of Petroleum and Mining, as Kenya looks to commercialize production of petroleum in 2021 with export already planned and scheduled for the year 2023. While only 10,000 square kilometers of its 85,000 square kilometers of oil and gas basin has been explored .i.e. only 12 %  found in the country has been revealed by the Kenyan government. If the reserves are tapped to drive economic activities. This leaves a great potential for growth. The Ministry of Petroleum and Mining said that 200 wells are planned to be drilled over the next two years.

The Petroleum Principal Secretary Andrew Kamau said that, in an approach geared toward major production Kenya is looking to develop the South Lokichar basin. Kenya is in the first phase where by looking at the recoverable reserves they have done the economic benefit. To build the pipeline and facilities that will take the oil down to Lamu for export would be the next steps this was noted by Kamau in a statement. Drilling and production by Tullow Oil and Africa Oil have already taken place this was of the commercial reserves discovered in 2017. Following President Uhuru Kenyatta’s flagging off its transfer in June 2018. More than 70,000 barrels of the resource has already been transported to Mombasa.

Ahead of the first lifting which is scheduled for mid-2019Tullow oil recently stated that it has started marketing the country’s low Sulphur oil. The initial reception in the markets is positive said the company. The ongoing exploitation of reserves reveals that the capacity could potentially hit one billion barrels. Currently, almost 750 million barrels of the resource viable for commercialization has been explored.

The plans for the construction of the transport of oil from Turkana basin to Lamu depot for export are underway nearly a 1.1 billion USD (approximately 111.1 billion shillings) 856-kilometer pipelines to be used. As it seeks to start commercial oil production in the next three years. Developing wells in Turkana County and for their operations Tullow oil will be investing 7 billion shillings more this year. In an update from the London-based Oil producing company, they will be expanding their operations and investing more in other countries too, this year with their total expected expenditure standing at $570 million.

Tullow discovered a total of 1.2 billion barrels of Oil reserves in Turkana county and it continues to transport crude oil, an estimated 600 barrels per day, by road to Mombasa ahead of the planned small-scale exports in the coming months.Awaiting the commercial framework agreements from the state and deals over the acquisition of land for an 800 km pipeline and oil-field infrastructure was confirmed by Tullow.