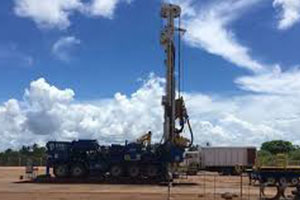 Kenya will confirm the procurement of offshore oil and gas analysis blocks by Qatar Petroleum, a State-owned company of the energy-rich Arab nation, Petroleum Principal Secretary Andrew Kamau has said.

Qatar Petroleum, mid last month, said it has signed a deal with French multinational oil and Gas Company Total and its Italian peer Eni to take over three offshore exploration blocks in the Lamu Basin. On adding to a growing list of global corporations looking to exploit huge fuel deposits believed to be underneath the Indian Ocean seabed.
“Yes the approvals will be given,” Mr Kamau delivered to the Business Daily signalling the State endorsement of the deal.
In the agreement that is subject to regulatory approvals by Kenyan authorities, Qatar Petroleum said it had gained a 25 % stake (13.75 % from Eni and 11.25 % from Total) in three blocks situated in the offshore Lamu basin.
The three offshore blocks (L11A, L11B and L12) are located in what is considered to be a frontier and immensely unexplored area in the Lamu basin. They have a total area of approximately 15,000 square kilometres, with water depths ranging from about 1,000 metres to 3,000 metres. Eni also possess blocks L21, L23 and L24.
“We are delighted to opt for this agreement to participate in exploring these frontier offshore areas in Kenya and to further strengthen our presence in Africa,” said Qatar’s Minister of State for Energy Affairs Saad bin Sherida al-Kaabi, who is also the chief executive of Qatar Petroleum in a statement.