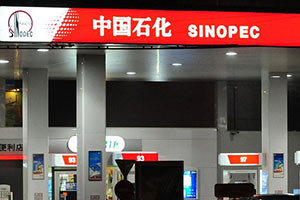 Sinopec, the largest state-owned oil and Gas Company from china, has officially launched its lubricants in Kenya.
It is the world's third-largest company, which is listed at the Hong Kong Stock Exchange and trades in Shanghai and New York Stock exchanges.

Speaking during the launch Radisson Blu Hotel in Nairobi, the companyâ€™s Deputy General Manager Xia Peng said â€œIn March 2019, Sinopec was named as one of the worldâ€™s best employers. This sets a track of the job opportunities the brand is looking at creating in the Kenyan market. The company has evolved for decades, enabling the evolution of its products. It is quite an honour to officially launch in Kenya through Bitutech Ltd,â€

Kenya has a vast market for petroleum products with the oil sector dominated by local and international key players.

The sector is characterised by a big number of players who import, export, distribute and transport petroleum products. It is this market that Sinopec seeks to tap into with its lubricants.

Sinopec has entered into Kenya at a crucial time when the market for automotive lubricants in Africa is seeing increasing demand as vehicle purchases across the region continue to rise.

Though the African market accounts for only 6 % of the global market, it is projected to grow rapidly in the forecast period up to 2029.

Economic and industrial growth in the automotive sector in African countries is fuelling the demand for automotive lubricants.