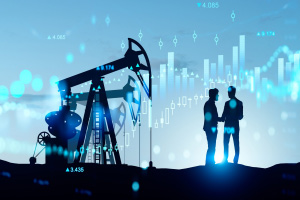 The Competition Authority of Kenya (CAK) gave Aramco Overseas Company, the investment arm of Saudi Aramco, the nod to acquire the Kenyan operations of VGP Holdings as part of the global deal worth $2.65 billion.


The acquisition looks set to trigger shifts in Kenyaâ€™s fuel lubricants market that is currently dominated by multinational firms such as Vivo â€“ seller of Shell products â€”, Total Energies and Rubis.

Saudi Aramco is the largest oil company in the world and the second most valuable after Apple with a market capitalisation of $1.82 trillion (Sh223.86 trillion). Apple is valued at $2.154 trillion (Sh264.94 trillion).

â€œThe Competition Authority of Kenya excludes the proposed acquisition of control of VGP Holdings LLC by Aramco Overseas Company B.V from provisions of the Act,â€ CAK Director-General Wangâ€™ombe Kariuki said in a notice.

The exclusion was provided on grounds that it will not affect competition and that the US motor oil and lubricants group remains small in Kenya with annual sales of Sh14.2 million.

Valvoline deals in lubricants such as brake fluids, gear oils, greases and transmission fluids and its acquisition by Saudi Aramco will offer it financial muscle and a shareholder who has a focus for Africa.

A small club of dealers, mainly the multinationals like Vivo, Total Energies and Rubis, dominate the local lubricants market due to their vast footprint of retail stations across the country.

Consumption of lubricants in the local market has been growing over the past years, according to data by the Petroleum Institute of East Africa (PIEA) with market players fighting to capitalise on the rising demand.

Saudi Aramco 1st disclosed its intention to acquire Valvoline Global for $2.65 billion in a deal that the Saudi oil firm says will increase its efforts for a wider distribution network.

Consumption of lubricants is set to remain on the rise on the back of increased car ownership and an aggressive industrial sector.

Saudi Aramco, like its international rivals, Shell and BP, has been one of the biggest beneficiaries of the global rally in crude prices since the start of the year.

The firm reported its highest quarterly profits since listing its shares in 2019 with its net income rising to $39.5 billion (Sh4.85 trillion) in the first three months of the year, reflecting an 82% increase from a similar period last year.

Its forecast annual income of over Sh15 trillion is bigger than Kenyaâ€™s GDP of Sh14.2 trillion, reflecting the financial might of Aramco.

The groupâ€™s total production including gas rose to 13 million barrels a day of oil equivalent, up from an average of 12.3 million last year.

It remains unclear if Saudi Aramco will use the acquisition to enter the local wholesale market for fuel which could trigger price reductions for oil marketers, ultimately passing the benefits to consumers.

The deal marks Saudi Aramcoâ€™s 1st direct involvement in the Kenyan fuel market, months after Kenya through the National Oil Corporation (Nock) approached the firm for fuel supplies on credit.

But the deal that would have offered Nock supplies to independent oil marketers in a bid to cut the dominance of the multinational firms was delayed due to the August General elections.