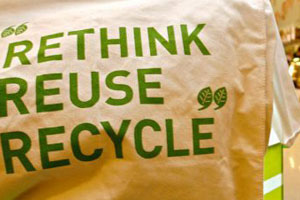 Rwanda could soon see a spike in import and export packaging as a local packaging manufacturer is looking to expand into the Kenyan market.

The Polythene Materials Control Bill was introduced in 2011 by the East African Community, which was signed by countries like Uganda, Kenya and Tanzania. However, these countries have not implemented the bill to full satisfaction citing that their polythene industries are still in the stage of development.
Investors were quick to grasp the opportunity and establish plastic recycling units as well as packaging industries in Rwanda in 2008.
The proprietor of Bonus Industries, Brian Ngaramba, an alternative packaging factory in Kicukiro District, said they have begun exporting their products to Kenya.
Few months ago, Kenya banned the importation, production and use of plastic bags, with government introducing four-year jail term or fines of $40,000 for culprits.
Ngarambe said in an interview that the reason they are targeting the market is the Kenyans who have already ordered for alternative packaging products from Rwanda.
Bonus Industries, which was established after the plastics bags ban in Rwanda, is a well known producer of paper bags for flour packaging, paper shopping bags, wax-coated paper for packaging bread, grocery paper bags, confectionary bags, seed bags and others, which are utilized by Rwanda supermarkets for packaging, according to the proprietor.
“We are not yet where we want to be. We have an open market. We target exports to regional countries. Nairobi has given us permission to export some of our products once they start implementing polythene ban. Few months ago, we were able to export 78 tons of biodegradable bags at a cost of $250,000. We have many more orders from Kenya that we are going to supply,” he said.
Bonus Industries produces 60 tons of bread packaging material and 160 tons of grocery bags every single month.
Currently the plant employees 50 staff and 35 casual laborers, has also created many jobs in sales chain.
“We give a chance to the vulnerable youth without jobs, train them and they get employed in different positions, mainly sales, that make 60 per cent of revenue,” he said.
Ngaramba said there is investment opportunity in Rwanda such as manufacturing packaging for meat, beans, biscuit and other products that cannot be packaged in papers.
Ngarambe recommended that authorities should look into introducing the country to tree species whose products are used as raw materials for packaging material.