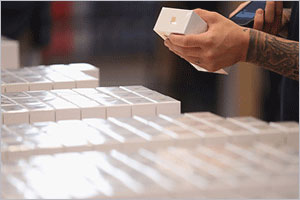 Apple unveiled the Restore Fund, a first-of-its-kind carbon removal programme that will invest in forestry projects to extract carbon from the environment while also providing a financial return to investors. Apple's $200 million fund, which was launched in collaboration with American non-profit Conservation International and multi-national investment firm Goldman Sachs, aims to remove at least one million metric tonnes of carbon dioxide from the atmosphere per year, equivalent to the amount of fuel used by over 2,00,000 passenger vehicles, while demonstrating a viable financial model that can help scale up forest investment.

Apple and Conservation International have also teamed up with local Kenyan conservation groups to help restore damaged savannas in the Chyulu Hills area, which lies between three Kenyan national parks and Tanzania's Kilimanjaro National Park. If this study is scaled up across Africa's depleted rangelands and natural savannas, it will extract hundreds of millions of tonnes of carbon from the environment each year, while also benefiting local communities and wildlife.

Since 2017, Apple has sourced 100 percent of the virgin wood fibre used in its packaging from responsible suppliers, including the same types of responsibly managed working forests that the Restore Fund plans to invest in. This is the company's first closed-loop material, and it's part of a long-term plan to create all of its goods out of recycled or sustainable materials.

The tech giant's packaging ambitions have been met with a steady stream of technologies that have the potential to alter the future of sustainable packaging. Following the introduction of the first iPhone with majority-fibre packaging in 2016, Apple's latest iPhone now comes in packaging made up of 93 percent fiber-based materials. This includes the fibre-based screen cover, which covers the monitor and has replaced the traditional plastic film for the first time.

The Restore Fund continues Apple's forestry conservation efforts. Apple has used 100 percent responsibly sourced fibres in its packaging for the past three years, and has strengthened the conservation of over one million acres of forest around the world. In collaboration with Conservation International, Apple has also pioneered ground-breaking carbon initiatives that preserve and restore grasslands, wetlands, and forests.