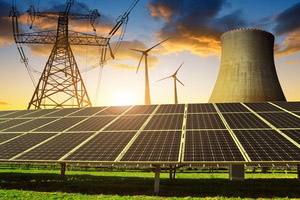 Kicking off an ambitious project, the national government of Kenya working hard to provide solar energy and cash transfers to over a million Kenyans in 47 counties. This ‘project is funded by the Swedish government and is as dubbed Mwangaza Mashinani’ program, the sole aim of which is to ensure that most vulnerable people in the country are not left behind as homes are connected to solar power.

To begin with, the mega project  which is expected to be fully implemented in a year’s time, has taken off with the Kilifi and Garissa counties already receiving a USD 1 million donation from the Swedish government. The Swedish Ambassador Anna Jardfelt who witnessed the launch said that electricity from the project is meant to reach to the poorest communities in Kenya. Mrs. Jardfelt explained that because there was a criteria that they were using to establish the households and communities that were to pilot the project it took them a long time to identify the two counties.

The project was made possible with the help of UNICEF. Regional Development Mrs. Jardfelt said in the pilot phase, 1,500 households from the two counties are set to benefit. She further revealed that after the launch, they will evaluate the project in one year’s time to see how it has worked out and if it will have success they will also reach out to other counties.

The Governor Gideon Saburi and his Garissa counterpart Abdi Dagane of Kilifi Deputy witnessed the launch and later signed a MoU on the project. Mr. Saburi exclaimed that they are delighted with the project as the targeted area is a remote one which never expected such kind of development. Over 30,000 people in Kilifi County will benefit from the Mwangaza Mashinani project.

Since the equator runs right through the center of Kenya and that much of the country is arid and semi-arid, one would assume that solar generation  electricity would be a no-brainer. Although home/small-scale solar systems are very common in Kenya, grid-scale projects are just beginning to be built. The largest one currently under construction is the 55 MW solar farms in Garissa, 225 miles northeast of Nairobi. One of the issues with solar farms is that they take up a considerable amount of land. But land in the arid and semi-arid areas ideal for solar farms are controlled by pastoralists who move from place to place, sometimes for hundreds of miles, in search of grass and water. The land is, therefore, group controlled and it is difficult to get the group to agree on the sitting and compensation for the use of the land for a solar farm. Perhaps as more solar farms are built and people realize the benefits, they will become more cooperative and accommodating.

Solar power potential in Kenya is enormous and their development is just beginning. What about that 306 MW or 13% that is from fossil fuels? This is due to the fact that in the past, there was much geothermal electric generation and the new Turkana Wind Farm, Kenya was mostly dependent on hydropower. When a drought came, there had to be backup generation available. So KenGen, the Kenya power generating company, contracted for dirty, diesel peaker plants to be on-call during these times. Most of these are on long-term contracts where they are paid a considerable amount when not even being used and produce electricity that costs two to four times the rate of other sources when in use, mostly in the evening hours.