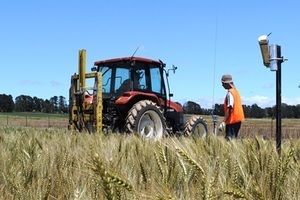 The largest and most important sector of the Tanzanian economy is undoubtedly agriculture, the country benefits from a diverse production base which includes livestock, staple food crops and a variety of cash crops. In the last 10 years the sector’s contribution to GDP has more than tripled, this is supported by rising cash crop production, an emerging agro-processing segment and strong domestic demand for processed food. However, at the same time other sector stakeholders and farmers face considerable challenges in modernizing the industry to increase value-added processing, exports and yields. To benefit from substantial investment inflows in the coming years the diversity of the sector leaves it well positioned, with budget announcements highlighting its critical importance to employment, exports and industrialization.

Agriculture was at the centre of the country's development plans, when Tanzania gained independence in 1967. Promoting agriculture as a profitable business, by increasing productivity and engaging smallholder farmers and traders in marketing and commercialization. Sustainable management of natural resources, by building capacities for efficient and effective natural resources management. The priority areas for work in Tanzania are agricultural development planning and sector investment support. Through the availability and effective use of accurate, reliable, and up-to-date agricultural statistics effective and efficiently coordinated agricultural sector development planning.

Agriculture is the main part of Tanzania's economy. Tanzania has over 44 million hectares of arable land as of 2018 of which 70 percent is used by the poor population who live in rural areas, and nearly all of them are involved in the farming sector. In ensuring food security land is a vital asset. Maize, sorghum, millet, rice, wheat, beans, cassava, potatoes, and bananas are the nine main food crops in Tanzania. With more than USD1 billion in earnings from cash crop exports the agricultural industry makes a large contribution to the country's foreign exchange earnings,

Coffee is grown on a large scale on both estates as well as smallholders that form co-operatives and involves over 400,000 farmers. Earning over 17 percent of the country's foreign exchange coffee has been grown in the country since the colonial times and is a major export crop. However, small farms in the Kagera Region grow Robusta coffee Tanzania mainly grows the Arabica type. Tanzanian coffee is globally  known as Kilimanjaro Coffee.

In the late 19th century Sisal was brought to Tanzania from Mexico by the German East Africa Company. In the northern regions of the country, such as Tanga and Kilimanjaro is where Sisal is grown. Tanzania was the largest producer of sisal in the world at the time of independence in 1961. After the Ujamaa movement and the continued depreciation of world prices Sisal production continued to decline. The  government has tried to liberalize the sector to encourage growth and increase export revenues in recent years.