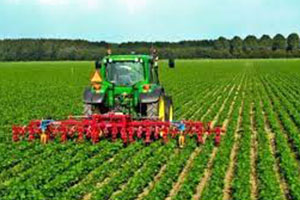 The company, which was founded in Tanzania last year, plans to invest in agricultural education, logistics, a vegetable oil plant, a feed mill, packing and storage, solar power, a cattle farm, a poultry farm, a fish farm, field crops, tropical fruit concentrate, solar power, and wastewater treatment, among other things.

The company, which is based in Dar es Salaam and whose founder and chairman is Mr Avi Postelnik, an Israeli investor, will raise funds from private equity as well as local and international banks.

Mr Postelnik stated, "We have already met with the TBA (Tanzania Bankers Association) to gain their help in organising five significant banks to establish a syndicate," without divulging the banks' identities.

He noted that while $200 million will go toward infrastructure for agro-industrial enterprises, the remaining $50 million will be used for working capital. Mr Postelnik stated, "The doors are open for possible local partners."

The enterprise, which will operate in Dar es Salaam, Kagera, Mwanza, Bagamoyo, Njombe, and Morogoro, is planned to employ roughly 70,000 people directly, including a chief executive officer.

Agriculture education and training would be provided in Tanzania and Israel, according to Mr Postelnik.

"We want to use advanced agriculture education in Israel by enrolling Tanzanians in our special education projects available in our country for short and extended periods," he stated.

He explained that some of the company's employees will be sent to Israel for a 6-7 month training programme.

A vegetable oil plant is designed to process oil seeds such as Soya bean, sunflower, corn, and cotton and bottle the oil for the domestic and international markets.

This plant is fully automated, and the protein and fat-containing residue will be used in the feed mill.

The feed mill was created specifically for feeding our cattle, poultry, and fish. The total area planned for the supplying farms is approximately 25,000 hectares.