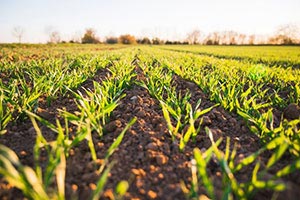 Tanzania is one of the African countries that has adopted the famous Malabo declaration, particularly in terms of implementing all of the declaration's National Agriculture Investment Plans (NAIPs).

This was said by the Ministry of Agriculture during the Malabo Policy Learning Event (MAPLE), which began with a video conference that was watched live by many stakeholders from around the continent.

According to Ms Adella Ng'atigwa, the Comprehensive Africa Agriculture Development Programme (CAADP) focal point in Tanzania's Ministry of Agriculture, the program's implementation framework was based on the country's special agricultural programme dubbed Agricultural Sector Development Programme II (ASDP II), despite policy and strategic statements such as the National Strategy for Growth and Poverty Reduction (NSGRP/MKUKUTA) and the Zanzibar Strategy for Growth and Reduction of Poverty (ZSGRP/MKUZA).

The unexpected development occurred during a meeting of agricultural stakeholders, who, among other things, urged for a coordinated approach to implementing the Malabo Declaration in efforts to boost food security on the African continent.

The stakeholders spoke over a five-day event in Dodoma, which was immediately followed by multiple smallholder farmer meetings from the country's capital, Dodoma, the majority of which were from Chamwino district. ActionAid Tanzania was in charge of organising the event in Dodoma.

Stakeholders at the meeting, including Special Seats Lawmaker Neema Lugangira, who represented all non-governmental organisations (NGOs) in the country, praised the government's efforts to implement the Malabo declaration, noting that Members of Parliament were at the forefront of pushing for its implementation.

According to the MP, President Samia Suluhu Hassan is completely committed to ensuring that the budget for the Ministry of Agriculture is increased to satisfy the Malabo Declaration's standards.

Dr. Godfrey Bahiigwa, Director of Agriculture and Rural Development at the African Union Commission (AUC), noted that despite the Malabo Declaration's six-year implementation, only a few countries had domesticated it since its introduction.

The declaration was adopted in 2014, however it was only put into effect in 2015.

In 2014, African states signed the Malabo Declaration, reaffirming their commitment to the principles and aims of the Comprehensive Africa Agriculture Development Programme (CAADP), which were first established in 2003 under the Maputo Declaration.