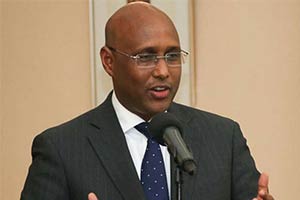 Trade officials from the two countries held bilateral meetings in Arusha, in April, to try and determine and solve the many disputable trade issues, including rules of origin for some products and constant suspicion over the quality of products traded all over the borders.

People familiar with the negotiations told The East African that the first bilateral meeting was held in September 2017 and the next meeting is planned for Mombasa in early July.
So far the trade officials have held four bilateral meetings since 2017.
The meetings follow a command by the regional Heads of State in March requiring ministers of trade and EAC affairs from Kenya and Tanzania to address and solve non-tariff obstacles affecting trade between the two countries.
Kenya's Cabinet Secretary for EAC Affairs Adan Mohamed, said, "Our trade teams have been meeting because we need to settle these issues in a friendly and peaceable manner."
"The two countries have managed to solve 19 out of 37 NTBs while the ministers of trade have made suggestions and proposals on how to resolve the remaining 18 NTBs", said, Kenya's Principal Secretary in the Department of Trade, Chris Kiptoo.
Tanzania's deputy director in the Ministry of Foreign Affairs and East African Co-operation Damas Haule, said, senior trade officials from the two countries met at a forum organised by the East African Business Council (EABC) to deal with the remaining issues and remove the existing trade disputes.
EABC reportedly signed an agreement during the meeting with Trade Mark East Africa (TMEA) aimed at removing trade obstacles facing business people within the region.
"The council would collaborate with EAC member states to develop a workable plan on how to remove the trade barriers", said, EABC's managing director Peter Mathuki.
Despite frequent violation of the protocol by member states there have been no consequences.