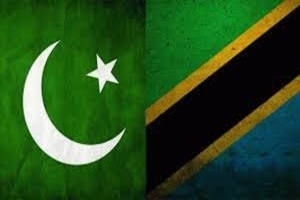 Two Memorandum of Understanding (MoUs) have been signed by Pakistan and Tanzania, including bilateral political meetings between the foreign ministries of the two countries and the creation of a Joint Commission on Economic Cooperation.

During the meeting in Dar es Salaam between Pakistan's High Commissioner for Tanzania Muhammad Saleem and Dr Palamagamba John Aidan Mwaluko Kabudi, Minister of Foreign Affairs and East African Cooperation of the United Republic of Tanzania, the MoUs, described as a significant leap forward in bilateral relations, were signed.

According to a statement issued in Tanzania by the Pakistan High Commission, the MoUs provide an institutional basis for formal dialogue in the political and economic spheres between the two friendly countries in order to lift relations to higher levels.

Various other projects, including the exchange of high-level exchanges, trade delegations and people-to-people contacts, have also been focused on by both parties to further enhance the current cordial relations.

During the 2019-20 financial year, bilateral trade between Pakistan and Tanzania was worth US$ 154 million.

The Pakistani corporate community has invested approximately US$490 million in the Tanzanian economy providing jobs to 5,400 Tanzanian citizens.

Both countries focused on understanding the current trade and investment opportunity following a recent visit by the Tanzanian Trade Delegation to Pakistan from 25 November to 1 December 2020, the statement added.