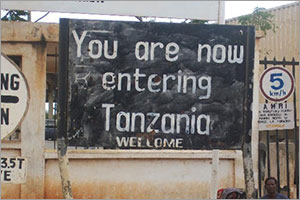 Kenyan manufacturers are hopeful the just concluded trade mission to Tanzania will help open up trade between the two countries.

Last week, local manufacturers led by the Kenya Association of Manufacturers (KAM) were on a trade a trade mission to Tanzania, organised in partnership with the Confederation of Tanzania Industries.

"One thing stood out; trade relations between the two countries can flourish given sustained political goodwill and mutual understanding between businesses," she added.

While Kenya and Tanzania have for years shared strong trade relations, non-tariff barriers, high cost of production and cheap imports from outside the East Africa Community (EAC)  have impacted trade between the two countries.

"Looking at the nominal values of our trade statistics, there is plenty of room for improvement in the total volume of trade between the two countries,' Wakiaga said.

The Tanzania Bureau of Standards (TBS) also requires registration of food products, including those already certified by competent authorities in other partner states, which is seen as a violation of agreements on mutual recognition of standardisation marks.

Further, Tanzania Coffee Board charges one percent of the invoice value on coffee exported to Tanzania from Kenya.

Kenyans have also been paying $100 for permits to carry out temporary assignments in the neighbouring country while transporters subjected to varied weigh bridge readings.

Tanzania, through the Confederation of Tanzania Industries (CTI) has expressed willingness to address barriers to trade, giving hope for future growth.

"By working together, we shall have a stronger  impact, than as individual countries. Both Kenya and Tanzania, need to eliminate non-trade barriers (NTBs), and conclude the review of the EAC common external tariff (CET)," CTI Chairman, Paul Makanza,said.

Reviewing of the CET is expected to encourage manufacturing whilst protecting local industries from imported finished goods.

KAM holds that Kenya should adopt 35 per cent as the fourth tariff band, to support the industrialisation agenda.

The EAC-CET comprises a triple band structure for raw materials and capital goods (0 per cent), intermediate goods (10 per cent) and final goods (25 per cent), as well as a Sensitive Items list with exceptions to the three-band rule for specified commodities attracting high rates of duty (notably, all above 30 per cent).