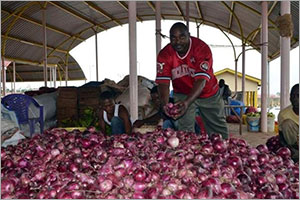 Trade between Kenya and Tanzania extended its run as the fastest-growing in the region in the three months to March, reinforcing the gains of the ongoing elimination of non-tariff barriers.

Data by the Kenya National Bureau of Statistics (KNBS) show that the pace of growth in both the import and export trade extended an impressive run since last year.

This has seen the performance dwarf other East Africa Community (EAC) partners including Uganda which has traditionally held the top spot and is Nairobi's main trade partner in the region.

Comparatively, Kenya's exports to Uganda increased by a modest 10.4 percent over the three months to Sh41,4billion. Imports from Uganda grew by 48.35 percent to Sh180 billion in 2021.

The trade performance between Kenya and Tanzania this year looks set to mirror the growth recorded in 2021 when local exports to Tanzania jumped 43.39 percent to Sh900 billion compared to the previous year.

Kenya's exports to Uganda grew by 26.92 percent to Sh1.8trillion last year while its imports from the neighbouring State shot up by 42.72 percent to Sh240billion in 2021.

The performance of the Kenya-Tanzania trade comes in the wake of improved relations between the two countries after years of feuds that at one point resulted in retaliatory measures such as trade bans.

Kenya mainly imports cereals, wood, and edible vegetables from Tanzania and it exports pharmaceutical products, plastics, iron, and steel to the neighbouring State.

President Uhuru Kenyatta and his Tanzanian counterpart Samia Suluhu ended persistent strained trade relations between the two largest economies in the six-nation EAC bloc which have, for years, hindered the smooth flow of goods and services.

In May last year, President Samia and her Kenyan counterpart Uhuru Kenyatta at a meeting in Nairobi agreed on a series of targets, including eliminating more than 14 identified non-tariff barriers in six months.