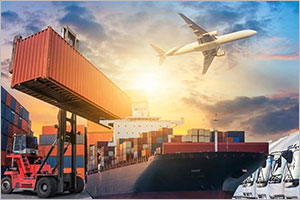 The East African Community (EAC) exported services worth $12.9 billion in 2019 against $933.6 billion worth of imports.

The outbreak of Covid-19 and its resultant impact on trade, notwithstanding, trade in services has contributed immensely to the region's recovery.

During the event, he briefed the business leaders in Arusha on the recently launched study on trade in services in the region.

The Barometer on East African Trade in Services was intended to gauge the growth of the service sector in the EAC economies.

It was developed by the EABC, an apex body of private sector associations in the region based here, with the support of German aid agency, GIZ.

Trade in services manifest in the sale and delivery of an intangible product called a service between a producer and consumer.

Services account for 54 percent of Africa's Gross Domestic Product (GDP) and slightly below half of the GDP in East Africa.

She said the EAC has vast trade opportunities under various trade regimes but are yet to be fully tapped for the bloc's benefits.

"The EAC should boost its transactions under the regional and international trade agreements and opportunities," she said.

Statistics show intra-EAC trade is below 20 percent while intra-African exports accounted for 18 percent of total exports.

Ms Ngalula said despite the agreements and opportunities East Africans have not fully utilized those trade windows.

The EA trade with the blocs is "still fractional due to low productive capacity, fragmentation and infrastructure challenges".

She added; "With the AfCFTA, there are no boundaries of doing business in Africa. The EAC bloc should be prepared to export competitive professional services and skills to the continent".

Speaking at the dinner, Arusha Regional Commissioner John Mongela said the regional administration has partnered with the private sector to drive socio-economic growth.

He said the Tanzania government was keen to collaborate with the fellow member states in the EAC to promote business and investments.