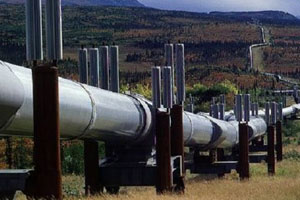 Tanga-Hoima Pipeline All set now for the kickoff, with Tanzania looking to March 2021 for the initiate the construction of the $3.5 billion project.

Confirmed after the agreement between French oil company Total and the Ugandan government over differences which forced the project to stall since 2018.

An initial plan for Tanzania and Uganda to have first oil flow in 2020 through the Uganda-Tanzania Crude Oil Pipe Line (UTCOP) was postponed after investors dragged their feet in making final investment decisions.

Total is now seeking to end a similar host government agreement with Tanzania, whose territory the pipe will traverse, to complete the tendering process for all engineering, procurement and construction contracts, according to the statement.

The country coordinator for the East African Crude Oil Pipe Line (Eacop) in Tanzania, Mr Salum Mnuna, told The Citizen that Tanzania is going on with similar debate that have been concluded between Total and Uganda.

"Basically, we have planned that by December, this year, we'll have the final investment decision (FID) done. So, we will have discussions with Total soon and the completion of the agreement will depend on how the negotiations will be," said Mr Mnuna.

He said experts were preparing for the talks but the expected start of the project would be March, 2021.

The FID, pegged at $3.5 billion is set to bring to life a 1445-kilometre-long oil pipeline threading through Albertine to Tanga in Tanzania that will not only be the world's longest heated crude oil pipeline but will also be the biggest joint East African investment in the bloc's history.

Total, for its part, has committed to restart the acquisition of land on which the pipeline will pass, reports from Uganda.

Uganda's state newspaper New Vision quoted a statement on the talks, saying that Uganda has reached a deal with Total that will guide the participation of the national oil company in the crude (oil) export pipeline. The Uganda National Oil Company (UNOC) will hold a 15-per cent stake in the project.

The HGA is an agreement between a foreign investor and the local government which is intended to reduce financial and political risks posed to investors by sudden changes in national laws.