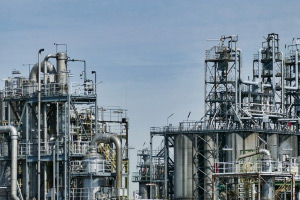 Tanzania and Uganda are gearing up to become the region's oil economies with the latter signing a mega oil pipeline deal to transport Uganda's oil to its port of Dar es Salaam.

The East African Community (EAC) is one of the fastest-growing economic blocs in the World. The pre-Covid-19 period saw the Economic Commission for Africa note that East Africa was actually the fastest growing economy compared to other regions on the continent.

In fact, at that time, the World Bank's Global Economic Prospects Report projected that Tanzania will post 7.1% growth, Kenya and Rwanda 6%, Uganda 5.6% and Burundi 2.5% in 2017. Then the global pandemic struck, everything changed.

For example, in Tanzania, a country that was leading the bloc in economic growth and was enjoying a projected 7.1% growth, estimates done in December 2020, showed the country's Gross Domestic Product was expected to grow by a mere 2.1% in 2020.

Thanks to strategic government Fiscal and monetary policies, the country was able to cushion its economy from any further drop and the Tanzanian economy showed exceptional resilience with a GDP growth of 4.1% in 2021.

To maintain and grow this annual percentage rate, the country must diversify its sources of revenue internally, regionally and in international trade. In this regard, Tanzania has shown its prowess. In its latest economic endeavour, the country has embraced a future as an oil economy by partnering with oil-rich Uganda for a mega oil pipeline deal.

Uganda was estimated to hold about 0.2% of the world's total oil reserves. The country boasts an impressive 2.5 billion barrels of proven oil reserves ranking 31st in the world. The country's oil reserves are actually over 200 times its annual consumption giving it unprecedented leverage for export.

With exploration well underway on the shores of Lake Albert in Uganda's Hoima District, estimates project the 1st of a potential 1.4 billion barrels of oil will be pumped out as of 2025.

Investment flows in the country, and region in general, are largely attributed to capital investment in the oil, gas and manufacturing industries. Let us focus on oil investments. As mentioned, Tanzania has partnered with its landlocked neighbour Uganda for the construction and management of the East African Crude Oil Pipeline Project (EACOP).

The EACOP is a 1,443km pipeline that is been constructed at a value of 3.5 Billion USD. These funds are been directly injected into the economies of Uganda and Tanzania effectively increasing their FDI by over 60% during the construction phase alone.