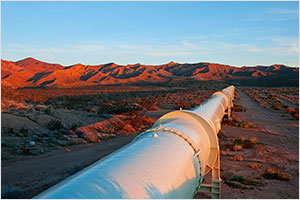 A request for a license to begin the construction of the East African Crude Oil Pipeline (EACOP) has been submitted to the government of Uganda by the company in charge of the project. According to Martin Tiffen, general manager of EACOP company they are ready to begin construction. The submitted application will be completed in 180 days, or before the end of the year, according to Honey Malinga, acting director of petroleum at the Ministry of Energy and Mineral Development (MEMD).

From Kabaale in the Hoima district of Uganda to Chongoleani in the Tanga region of Tanzania, EACOP will cover a distance of 1,443 kilometers. Tanzania will host 1,147 kilometers of the pipeline's total length. In Uganda, the remaining 296 kilometers will pass through 10 districts. Malinga continued by urging the EACOP firm to address the concerns of the authorities, citizens, community leaders, and stakeholders.

Tanzania and Uganda signed the Inter-Governmental Agreement (IGA) for the connection in May 2017. The Petroleum Authority of Uganda (PAU)authorized the front-end engineering and design findings (FEED) in October 2020. The National Environment Management Authority (NEMA) approved the environmental certificate in December 2020. In February 2022, the parties came to a final investment decision (FID) covering the upstream and midstream parts of the Lake Albert project. With a 62% share, TotalEnergies is the main driver behind the connection. Tanzania Petroleum Development Corp. (TPDC) and Uganda National Oil Co. (UNOC) both have 15% of the market, compared to CNOOC Uganda's 8%.

According to the statement, the pipeline will provide new routes in the area. It claimed that the link would allow access to the East African coast for the eastern Congo cities of Kinshasa, Burundi, Rwanda, and South Sudan. The connection will cost $3.5 billion and transport 216,000 barrels of crude oil daily. The project's partners anticipate funding the project with 60% equity and 40% loan. An NGO opposed to the EACOP project, BankTrack, has hypothesized that Total may lower the amount of loan requested. Along with others, the NGO has tried to persuade banks and financiers to steer clear of the East African initiative.

In May of this year, Bollore Logistics received the primary logistics contract with EACOP. More than 80,000 joints of 18-meter line pipe are among the thousands of cubic meters of material that will be transported under the contract terms. The business will bring the pipe into Tanzania and transport it to a facility in the Nzega area. The facility will offer a coating for thermal insulation there. BollorÃ© predicted that the project's truck mileage would go over 30 million.

EACOP is a 1,443km crude export pipeline system that will transport Uganda's crude oil from Kabaale - Hoima District in Uganda to a maritime port facility on the Chongoleani peninsula Tanga in Tanzania. This export system, (296km in Uganda and 1,147km in Tanzania), comprises a 24-inch insulated buried pipeline, six (6) pumping Stations (2 in Uganda and 4 in Tanzania), and a maritime export terminal.

The project's permanent land requirements cover the crude oil pipeline corridor, Above Ground Installations (AGIs) such as pump stations, access roads, and four construction camps and pipe yards. In Uganda, these land requirements total approximately 2,740 acres or approximately 1,109 hectares (ha). Most of this (over 90%) relates to the 30m wide construction corridor for the export pipeline and AGUs, with the remainder for temporary construction facilities and access roads.