Making bricks out of unwanted plastic 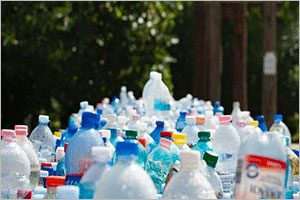 Hellena Sailas, a 24-year-old micro, small, and medium-sized entrepreneur (MSME) from Tanzania, founded Arena Recycling Industry to produce building materials from plastic waste, such as eco-bricks, paving blocks, and tiles, in an attempt to save the world from unnecessary plastic.

The materials produced by her company are used to build affordable homes, toilets, garden walls and other structures, mainly in rural areas.

Hellena, who holds an advanced diploma in Medical Laboratory Technology, is now the company's director.

She claims that one way to protect the world is to recycle. To that end, the company collects plastic waste in various locations and uses it to make eco-bricks.

She says the idea came to her when she was volunteering with a group called Psychosocial Health and Entrepreneurship Development Skills (Phedes).

In this regard, she did some research on waste management and discovered that the symbol "3R" stood for "reduce, reuse, and recycle."

She also discovered that plastic waste can be transformed into a variety of useful items, including oil, gasoline, kerosene, and even construction materials!

So, in October of 2018, she founded Arena Recycling Industry (ARI) to deal with plastic waste management by recycling it into environmentally friendly building materials such as eco-bricks for constructing pavements, tiles, and kerbs.

Hellena claims that in the past year and a half, she has built a scaling strategy for the initiative, and ARI is already proving to be a promising model for tackling the plastic waste problem in communities.

She's building on her momentum now that she's realised there's a lot of demand for the approach, goods, and services. Arena Recycling has built a three-year strategic development plan to scale up its operational capacity and extend its model and effect over the next three years.

The company wants to increase its production capacity from 200 to 1,000 bricks a day, which will require 2,000-3,000 kilogrammes of plastic waste. By June 2021, they hope to have met the target. Arena Recycling intends to expand its operations in the years 2022-2023 by establishing ten plastic waste collection centres across the country. This should aid in the creation of jobs, especially for women and youth.

According to her, they have collected more than 500 tonnes of plastic waste and created 5,000 eco-bricks so far. Pavement blocks covering 1,000 square metres. They collaborated with a young water solutions organisation to construct 12 pit latrines and two water tanks to serve 5,000 students. She explains that they began with two primary schools in the area, Karume and Kiburugwa. The project's aim is to build six pit latrines and one water tank at each of the two schools.

Eco-bricks are less expensive and last twice as long as traditional cement-based bricks. They're antifungal and corrosion-resistant. â€œTo make them stronger, we combine plastic with sand. Polymers are used to make plastic, and when combined with sand, polymers become extremely intact. The bricks have already been tested in the lab, and the findings show that they are more sturdy than regular bricks, water resistant, and anti-fungal, which means they don't pick up fungi, allowing them to last longer,â€ she says.

Each eco-brick has a protrusion on one end and a depression on the other, allowing them to fit together like a jigsaw puzzle perfectly.

Each brick is built with vertical holes, which not only reduces the amount of materials used in its manufacture, but also enables metal rods or cement to be inserted or filled in to improve strength during construction. â€œFirst, we pick, then we sort them by density, and then we grind them into tiny granules using a shredder,â€ Hellena explains.

The idea gained traction, and she received government tenders to build toilets using her own bricks.