Why focus is on smart cities in Africa 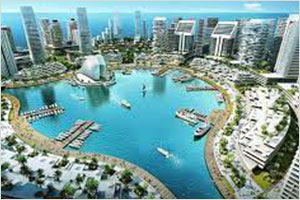 Africa is projected to maintain its streak as the fastest urbanising region in the world, with new forecasts showing its cities and major towns will be home to an additional 866 million people in just 30 years. To sustain the cities, African universities are engineering tech solutions.

Smart city technologies are being touted as a solution for Africa's urban planning challenges as the continent's cities and towns record the world's highest pace of population growth. American financial information services firm, Fitch Group forecasts urban residents in Africa will reach 817 million in 2030, and 1.47 billion by 2050, up from around 603.5 million people currently living in cities and towns.

Percentage-wise, the continent's urban population is projected to rise from 41.8 percent of the total population this year to 58 percent by 2050.

Fitch attributes the rapid pace of urbanisation in Africa not only to rural-to-city migration and in-city population growth but also to the modernisation of previously rural population clusters -- where rural areas transform themselves into urban spaces as a result of natural population growth and accumulated density.

"Populations continue to prefer migrating to or staying in the larger, more established cities with better infrastructure, more vibrant commercial hubs and proximity to ports and economic opportunities," reads the report in part.

"We believe that across the region, countries will seek to increase investment in infrastructure, particularly through expanding and connecting existing cities and towns, through strengthening public-private partnerships and increased use of technology-driven solutions."

West Africa will register the strongest urban population growth in the forecast period, with cities like Abidjan and Lagos picking up several million more inhabitants.

Moreover, the projected population explosion in urban clusters will create more demand for goods and services and accelerate tech innovation in Africa.

Demand will be higher in consumer-facing sectors such as food and drink, retail, autos, agribusiness, healthcare, ICT as well as industries such as power and construction.

"We believe that this rapid growth in urban populations will also see an increased focus on the use of new technologies and leapfrog innovations as well as sustainability, particularly through growing the renewable power sector, emissions reduction efforts and increasing restrictions on single-use plastics," Fitch said.

Already, this focus on future solutions is pushing governments to earmark funds for research. One example is a project dubbed the Africa Cities Lab (ACL) whose goal is to create a digital education platform for urban professionals, with free content focused on urban planning and urban development in Africa. (Bird)