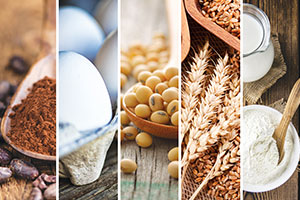 The Ethiopian Commodity Exchange (ECX) broadcasted the increase in food commodities trade, i.e. a total of 44,394 tonnes commodities worth 2.16 billion birrs in the month of October alone.

In the month of October, the value and the volume of commodities both has been increased by 19% and 7% respectively compared to that of last month.

It has been noted that after the Ministry of Trade and Industry (MoTI) passed a directive that allowed exporters of moong beans to exclusively trade their products via ECX, the significant trade increased in October. Moong beans of 6,046 tons have been traded for 168 Million birr.

On the other side, Coffee is the leading exporter of Octoberâ€™s transaction volume. As per part of the statement reads, Coffee took a market lionâ€™s share contributing 47 % in trade volume and 67% in trade value.

â€œExport coffee trade dominated the market by controlling market attention with 66% of the volume and 65% of the value. 13,947 tons of unwashed export coffee had been transacted for 938.2 million birrsâ€ it added.

In the said month, 10 tons of washed coffee had been exported with 588 thousand birr. Trade of coffee for local consumption had offered 6,309 tons of coffee that were traded for 432.78 million birr and 767 tons of Specialty Coffee had been traded for 71.14 Million birrs.

Assessing the comparison of the sesame market with the previous monthâ€™s performance, its trade volume and value has significantly increased by 136% and 88% respectively.

During a stated period of time, a total of 9,434 tons of sesame had been traded for 419.75 million birrs. â€œHumera/Gondar sesame took a higher share of the market scoring 61% and 66% in terms of volume and value respectively,â€ it said.

Further, it revealed that 1,900 quintals of the other mandated commodity, red kidney bean, has been traded for 184 thousand birr.

According to the Ethiopian Commodity Exchange (ECX), it is also expected to increase the supply and trade volume in the coming harvesting months.