Electricity Connection Between Ethiopia And Djibouti To Expand 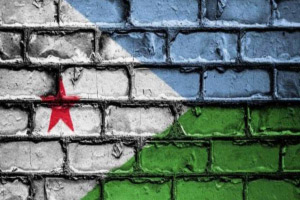 The funds are made up of a USD 69.65 million grant to Ethiopia and a USD 13.93 million grant to Djibouti. Both the grants are sourced from the African Development Fund, which is the AfDBâ€™s concessional financing window.

The Ethiopia & Djibouti 2nd Power Interconnection project will see almost 300 kms of interconnector lines and 170 kms of transmission lines being constructed. A new or renovation of substations for both countries is also included in the build.

Batchi Baldeh, AfDB director of Power Systems Development, said the 1st interconnection line is reaching its power transfer capacity because of several developments coming online in both countries. â€œSuch as the industrial development in the eastern part of Ethiopia, the railway line from Djibouti to Ethiopia, powered by electricity and the port expansion in Djibouti.â€

The AfDB financed the 1st power interconnection project between the countries in year 2004. This 2nd project should build on the benefits achieved from the 1st over the last decade, including a 65% increase in customer connections in Djibouti and a reduction in the use of thermal generation plants from 100% to about 16%. Ethiopia earned USD 275 million in revenue from power exports in that time.

Completing the 2nd project should grow Ethiopiaâ€™s power export revenue and rise Djiboutiâ€™s access to reliable and affordable clean electricity. It should lower the cost of electricity in Djibouti to below USD 0.10 per kWh. It is also expected the access to new reliable electricity will make Djibouti a more conducive environment for businesses and job creation for youth, while lowering the countryâ€™s greenhouse gas emissions.