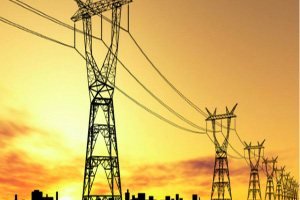 Construction on the Ethio-Djibouti 2nd Circuit High Power Transmission Line and Distribution Station Project was recently launched by Ethiopia and Djibouti. Along with strengthening the electrical and transportation links between the 2 neighbouring states, the project is anticipated to bring Ethiopia foreign revenue.

EEP CEO Ashebir Balcha stated during the projectâ€™s launch that the 2 connected countries will benefit socioeconomically from the project. According to Abubakar Hassan, the project will help Djibouti address its shortage of energy supply. He is the deputy director general of the Djibouti Electricity Institute. Furthermore, Djiboutiâ€™s economy will benefit from the project too.

A new substation will be set up in Mille as part of the project. Additionally, Kombolcha II and Semera substations will be expanded.

Ethiopia is looking to increase the amount of electricity exported to its neighbouring African countries. The exported energy will be provided by power plants that are already operational or under construction.

The energy exports to its neighbours during the previous fiscal year brought in about 5 billion Ethiopian Birr (about 95 million US dollars). This is according to reports provided by the Ethiopian government in July.

According to data from the EEP, the income, which set a record high, was earned from exporting electric energy to Sudan and Djibouti. The revenue rose by 5 million US dollars over the previous fiscal year.

The export of electricity by Ethiopia is a component of a broader strategy to use electricity to economically integrate East Africa. One of the countryâ€™s main goals is the energy sector. It aims to grow into a middle-income economy. Ethiopia also looks to become a hub for light manufacturing in Africa in the next few years.