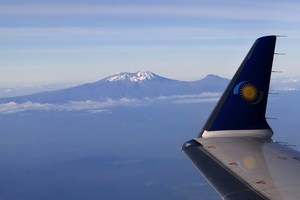 The government plans to introduce 15 new reforms across various sectors, as a means to ease doing business in the country.

The initiative follows recent World Bank Doing Business Report that ranked Rwanda 41st globally and second in Africa out of the 190 economies globally.
The reforms will address key concerns of investors across the World Bank Doing Business report’s indicators.
For example, under access to electricity, Rwanda ranked 119th globally and under this indicator, the government plans to introduce five reforms mid-2018, to ensure constant and adequate energy supply to investors.
Rwanda Energy Group (REG) is working on a system that will monitor outages and record durations and frequency of power outages so that it is predictable for people running factories.
The Government also plans to reduce the time for connection from the current 34 days to 20 days as well as revising tariffs to introduce preferential rates for productive users.
Other reforms include introducing electricity quality service codes and reducing the cost of connection.
Karim Tushabe, the head of doing business unit at Rwanda Development Board (RDB), said that the reform will ensure that scheduled power outages do not affect investors’ productivity.
REG will be required to compensate firms that loose productivity due to power outages beyond the agreed time.
Another indicator scheduled for reforms is with regards to construction permits which featured at 112th position globally.
The government is going to introduce a risk-based approach for Environmental Impact Assessment whereby projects will be evaluated in accordance to their risk factor. This is going to help reduce time and costs incurred by contractors as well as eliminate numerous procedures cited by the report’s authors.
Tushabe said RDB is in disagreement with the way the report’s authors captured a previous reform under the building permits systems.
“We are going to take them through how the system operates so that they know how it works. It’s partly because of understanding and communication of the reform and impacts to the targeted investors,” he said.
“We will also employ someone in communication to ensure users have a good understanding of the reforms.”
The starting a business indicators scheduled to have three reforms which could influence a change in position.
Under the indicator, three reforms are set to be introduced, free application of online electronic billing machines, exemption of payment of trading license ‘patented’ for startups that are small and medium enterprises as well as the simplified process of employee benefits registration.
Before, investors spent time registering their employee’s benefits at the Rwanda Social Security Board, but now it can be done when one is registering their business on the RDB portal.
Property registration which is at the moment second globally is set to have two new reforms which include combing due diligence and notarization into one step as well as the introduction of electronic titles.
This is expected to reduce the cost and time taken up in the process as well as improving the quality of land administration.
Rwanda was ranked 30th globally for paying taxes. Improvement in that area is also in the works Rwanda Revenue Authority (RRA) moves to put up a tax appeals board, introduce an online single declaration and payment of Pay As Your Earn and pension contributions.
RRA also has plans to automate reconciliation of Value Added Tax input and output to reduce the time taken to repay investors.
The reforms are quite ambitious in that the government has a six months window to roll them out ahead of May 2018 for the report to consider them in the next ranking.
Vincent Munyeshaka, The Minister for Trade and Industry said that they were not aware to the fact that the timelines involved were quite ambitious but they are positive they will achieve the reforms.
“We are very ambitious but we are also very realistic, we can commit that we will do all we can to make sure that we have the 15 reforms implemented in the remaining timeline,” he said.
Clare Akamanzi RDB chief executive said there will be a strong emphasis on areas where the country did not perform well such as getting electricity, getting construction permits and resolving insolvency.
“We want to prioritize where we rank the least and put all our efforts there that hopefully would lead to us not having any ranking beyond 100, we are going to be focusing a lot on electricity, permits, and insolvency. We also need to consolidate where we have done well such as property registration,” she said.