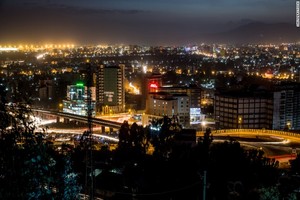 An expansion in communications, transport and construction sectors is being eagerly expected by East African economies for the year 2018.

Tanzania's economy is expected to expand by 7.1 per cent in 2018, up from an estimated 7 per cent this year and it’s Finance and Planning Minister Philip Mpango has vowed to boost public investment in infrastructure, including a standard gauge railway, new roads and expansion of seaports.

Meanwhile on various positive scales, EAC Secretary General Liberat Mfumukeko had received a $1.5 million grant with the African Development Bank towards the of the construction of a road between Masaka in Uganda to Kumunazi in Tanzania. Also the Tanzanian government plans to raise spending by 2.4 per cent to Tsh32.476 trillion ($14.50 billion) in next year's budget, with continued focus on public infrastructure investments and industrialization of the economy. "The government expects to borrow $600 million from external non-concessional lenders," Dr Mpango said.
Kenya on the other hand, trimmed its 2017 growth forecast from 5.5 per cent to 5 per cent. However,  Treasury Cabinet Secretary Henry Rotich said that agriculture in 2018 will be better than this year's and that is the reason growth looks optimistic, even as Kenya faces challenges on the investment side. The economy slowed down for the better part of the year partly due to the drought and its political uncertainty, credit growth slowed, and because of the capping of commercial bank lending rates last year. However, the instability is only temporary and long term outlook is still positive and mega infrastructure projects are set to take center stage.
In Uganda, the economy grew by 3.9 per cent, which was below the projected 6.3 per cent. It is projected to grow by 5 per cent in 2018, according to a parliamentary report. Rwanda's 2018 growth on the other hand is projected to be in the "range of 6 per cent to 7 per cent," according to forecasts by the IMF. The Fund projected Rwanda's gross domestic product growth to 5.2 per cent this year from 6.2 per cent but predicted a pick-up in 2018. The downward revision follows weak growth in the first half of the year as a 2016 construction boom was not sustained. Finance Minister Claver Gatete said he expected the economy to be boosted by tourism, mining and rising prospects of oil exploration.