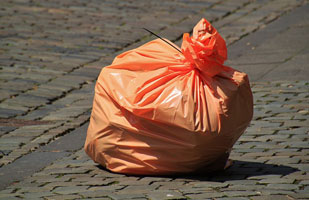 Kenya Association of Manufacturers (KAM) commented that despite the National Environment Management Authority (NEMA) permitting the manufacturing, importing and usage of plastics for collecting garbage and for primary industrial packaging, bag manufacturers are compelled to cease operations due to ‘complexities’ in obtaining clearance from NEMA.

Previously NEMA had asked all plastic bag producers, importers and users pertaining to primary industrial packaging to obtain clearance letters. This would allow them to go on with the business. Although, KAM stated that the procedure to obtain the letters bore the mentioned “complexities”, which forced some manufacturers to halt pending clarity.
KAM declared, "KAM has received formal notification from plastic bag manufacturers of industrial and non-industrial packaging that with effect from 28th August 2017, they have temporarily suspended their manufacturing and delivery operations following the recent ban on plastics. The reason for the suspension is to enable them get clarifications in order to continue their operations."
According to KAM, the stoppages took place in view of pending further clear direction from NEMA. It said that an example of a complexity that needed clarity was the confusing strategy of NEMA’s take-back scheme, which was cited by the latter as a precondition. It also complained about the uncertainty on the labeling of packaging material and industrial packaging of consumer goods companies, and the subsequent impact on the brands.
However, by way of a speedy counter Environment Secretary Prof. Judi Wakhungu repudiated the claims, deeming them an effort to hinder execution of the ban.
She disregarded any complications in the procedure, saying that NEMA had connected with the producers on the implementation of the ban. She claimed "many Kenyans" had embraced the ban. She was quoted saying, "Most Kenyans are complying with the ban. They are improvising in order to ensure we save our environment."
Prof. Wakhungu mentioned support for the ban’s implementation from the Council of Governors and Residents Associations. Nonetheless, it was observed by KAM that production of some of the most significant household items such as salt and maize flour was tainted by the lack in clarity.
KAM said that due to the usage of flat plastic liners in fertilizers, the latter’s distribution and supply will also probably be affected by the ban. It claimed, "In addition to this, Kenya stands to lose export revenue because there is currently uncertainty about the manufacture of plastic flat bags used for packaging of flowers, fish, tea and EPZ exports."
A random examination on the ban’s second day by Business Daily unveiled that dealers were compelled to improvise and cater to their customers. The ones that were hit hardest were fast food chains. Boutiques, shoe shops, chemists and other such stores sought alternative packaging materials. Some consumers also carried their purchases in hand as they did not opt to buy paper bags.
However, a boom in business for alternative packaging material producers was observed. Chintan Vora, CEO of Thika based Bags and Balers said, "We have increased our capacity based on a spike in new orders". Meanwhile, several plastic bag companies were adversely hit by the ban. One of Kenya’s largest plastic bag companies mentioned that it had to cease operations distressing 600 workers.
Kenyans are to take their plastic bag stock and drop it off at specific drop off points, according to a notice issued by NEMA, which will be collected by the agency and recycled. It urged plastic bag producers to invest in producing alternatives to accommodate the fresh demand, as NEMA declared it would execute the ban fully.
NEMA had mentioned earlier that the ban pertains to flat bags and carrier bags made with/without gussets and with handles. At the point-of-sale, primary packaging is needed which is meant to protect and carry the product. This applies mainly to products like pharmaceuticals, food and drinks.