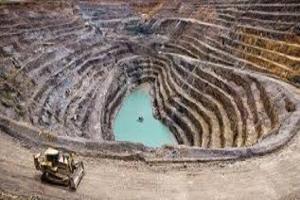 Significant mineralisation intersection at the Casa mining project, in the Democratic Republic of the Congo was reported by the Aim-listed Ortac Resources on Thursday

The new gold assay results emerged from the expansion and infill drill programme currently under way at its Akyanga gold deposit and show 8.70 m at 3.90 g/t gold from 98.40 m, including 2.80 m at 10.62 g/t gold from 100.20 m, and 27.50 m at 2.86 g/t gold from 110.60 m.
“It is encouraging to see that the expansion and exploration drilling continues to intersect substantial thicknesses of mineralisation at grades of well over 2 g/t gold,” said Ortac executive chairperson Nick von Schirnding.
The first 2 200 m first phase drilling is completed, with Ortac working on the 2 800 m second phase drill programme.
The  results of the drilling are aimed at plugging the gaps in the current resource model and improve the geological understanding of the Akyanga deposit, which formed part of the newly acquired large-scale Casa mining project. The gold explorer and developer  has announced plans to increase its stake in Casa following the unveiling of a new Africa-focused strategy aimed at high-potential African exploration assets. The company entered into a binding agreement to buy an additional 33.82% of the issued share capital of Casa, taking its shareholding to 70.09%, and has stated its intention of making an offer for the balance of the issued share capital of Casa.
“We continue to see significant upside potential to build a gold resource beyond our initial two-million-ounce target,” Von Schirnding said.