Kenya to Export 400,000 Barrels/Year Crude till Turkana Project Kick Off 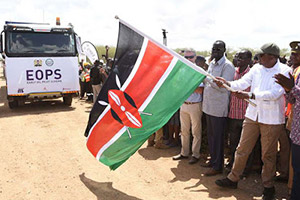 This will make the way for a major production of around 80,000 b/d which will be exported via a pipeline to the port of Lamu on the Indian Ocean.

The early oil pilot scheme remains suspended due to severe damage to roads caused by adverse weather in the fourth quarter of last year, according to Tullow Oil, which operates the Lokichar fields.

Kamau said the government hopes to export 500,000 barrels of crude this year when the repairs are completed on the road.