Report Sheds Light on the State of African Agriculture 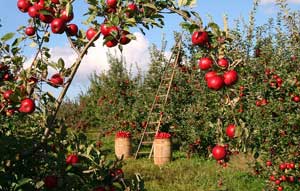 According to the latest Africa Agriculture Status Report, the African food market may be worth more than USD 1 trillion annually by 2030. Entrepreneurs and the free market will mainly propel this forward and develop Africa’s economic advancement through food production. Businesses too have opportunities to benefit from a swiftly developing food market.

The report notes, “Agriculture will be Africa’s quiet revolution, with a focus on SMEs and smallholder farmers creating the high productivity jobs and sustainable economic growth that failed to materialise from mineral deposits and increased urbanisation”.
The report observes how 37% of the African population resides in urban areas due to scarcity of appropriate investments into the food arena. This leads to job creation in underpaid and comparatively less productive services. It suggests that the situation can be substantially transformed provided the system is properly organized and planned.
While launching the report, AGRA President Dr. Agnes Kalibata said, “Africa has the latent natural resources, skills, human and land capacity to tip the balance of payments and move from importer to exporter by eating food made in Africa. This report shows us that agriculture involving an inclusive transformation that goes beyond the farm to agri-businesses will be Africa’s surest and fastest path to that new level of prosperity.” The report also recommends that for Africa’s agricultural revolution to be successful, it needs to be distinguished from others.
“It requires an inclusive approach that links millions of small farms to agribusinesses, creating extended food supply chains and employment opportunities for millions including those that will transition from farming. This is in contrast to the model often seen elsewhere in the world of moving to large scale commercial farming and food processing, which employs relatively few people and requires high levels of capital.”
The report emphasized on the point that Africa has the scope to meet the rising demand of its rapidly growing and prosperous urban populations by feeding itself food made in the continent. It additionally recommends that Africa’s smallholder farmers can profit from this opportunity that the continent holds.
This increasing demand for African food is presently met by imports which are worth USD 35 billion annually and are expected to go up to USD 110 billion by 2025. This can be mitigated if Africa’s productivity and worldwide competitiveness of its agriculture sectors and business is enhanced.