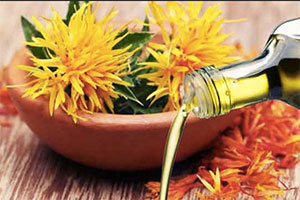 Tanzania is becoming a promising market for edible oil players as its seeking investors in the edible oil sector to tame its huge import bill, which stands at $294 million. The nation is facing a large deficit in production of edible oil, paving the path for imports to meet growing demand. The government has is finding measures to reduce duties on imports, including from East African Community member states, resulting in  more and more players frequently making advantage of this situation.

The Tanzania Investment Centre is now seeking investments in edible oil processing to help bridge a supply gap of 320,000 tonnes. As per the TIC, Tanzania’s annual demand for edible oil stands at 500,000 tonnes, whereas the country can supply only 180,000 tonnes, forcing it to import 320,000 tonnes annually and this demand is only going to increase.
With demand forecast to increase from 500,000 to 700,000 tonnes by 2030, Tanzania guarantees a growing market for investors for the foreseeable future.The sources of edible oil in Tanzania are sunflower, palm, groundnuts, sesame, soya beans and cotton. Also,
Oilseeds are produced in almost all regions in Tanzania. Tanzania is Africa’s second biggest sunflower seeds producer, accounting for 35 per cent of the continent’s output after South Africa which accounts for 46 per cent.
Tanzania is seeking investors at a time when a protracted standoff with other EAC members, particularly Kenya, over its duty imposition on regional imports remains unresolved.
The country is charging a 35 per cent import duty on semi-refined and double refined edible oil and a 25 per cent import duty on crude palm oil and another 25 per cent on other forms of crude edible oils. Kenya contends that these duties are against the EAC Common Market protocol that provides for free movement of goods in the region. But the growing demand in the market will not be able to stop the imports of these items to reach all time high.