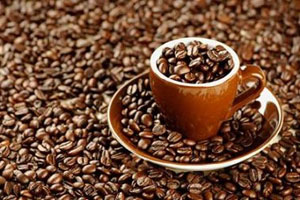 “The production boom was propelled by natural phenomenal coupled by good weather in this region,” said Mr Kimaryo over the phone from Moshi, Kilimanjaro Region.

He said the production would have been higher if coffee farming was being undertaken by large commercial farmers. “Smallholder farmers contribute 9 0 per cent of coffee production of this land,” the acting DG said.

According to International Coffee Organisation (ICO) the coffee output elevated the country to number four from five for top producers in Africa. Tanzania pushed down Kenya to number five from four.

“The decline was manifested in all traditional crops, except coffee and cotton,” BoT monthly report said. Reports showed that the highest production ever recorded in the country’s recent history was in 2013 when 71,3 19 tonnes were produced.

It is estimated that Tanzania has an estimated 250,000 hectares of land under coffee production, according to Cafe Africa.

In the 1970s and 1980s, coffee overtook sisal as the country’s ‘green gold’ and a leading export crop with annual production averaging 60,000 tonnes.