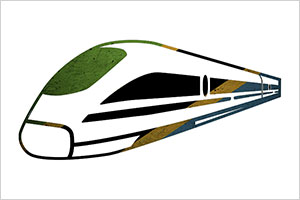 Tanzaniaâ€™s President John Magufuli and Chinaâ€™s Foreign Affairs Minister Wang Yi signed in last month the agreement for the construction of the 5th phase of the new Standard Gauge Railway.

The train will run for 341 km from Mwanza, the port city on the shore of Lake Victoria in northern Tanzania, to Isaka in the Shinyanga Region.

The work is expected to be completed by January 2024 at a cost of TZS 3.0617 Trillion (USD 1.3 Billion) provided by Government of Tanzania.

Speaking after the signing of the agreement, Minister Yi praised Tanzania for its efforts to build roads and other infrastructure.

For his side, President Magufuli thanked China for its cooperation with Tanzania on various issues and assured Yi that the country will be further developed and promote relations and cooperation with China.

The Tanzania Standard Gauge Railway, are currently under construction and is intended to replace the old, inefficient meter-gauge railway system.

The foundation stone for the construction of the 1st section of the Standard Gauge Railway connecting Dar es Salaam to Morogoro was set in April 2017.

The overall Standard Gauge Railway project that will stretch for 1,219 km, connecting Dar es Salaam to Mwanza on Lake Victoria for an overall budget of $7.5 billion, providing a reliable and safe means for efficiently transporting people and cargo to and from the existing Dar es Salaam Port.

It will also connect Tanzania to Burundi, Rwanda, and The Democratic Republic of Congo, thereby playing a important role in enhancing regional trade.