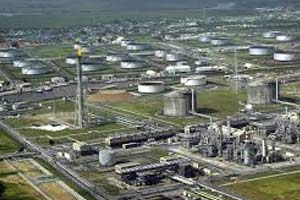 The Tanzania Petroleum Development Corporation (TPDC) is optimistic that the Host Government Agreement (HGA) negotiations between the government and International Oil and Gas Companies on the liquefied natural gas will resume in January 2021.

This is after they stalled for about a year after the decision of the Government to review the Production Sharing Agreements (PSAs). According to reports, Tanzania is seeking to scrap sections of the contract that appear to be tilted against it.

This is after they have stalled for about a year after the Government's decision to review the Production Sharing Agreement (PSAs). According to reports, Tanzania seeks to scrap sections of the contract that appear to be tilted against it.

However, when contacted, TPDC communications manager Marie Msellemu told The Citizen that they are finalising compensation for the land in Lindi for the liquefied natural gas (LNG) site, including relocation.

"We've accumulated interest for two years, which we hope will be finalised by the end of December," she said. However, she refused to state the amount that had accrued.

Further, she said that once the payment had been completed, they would resume negotiations while awaiting the final decision of the PSAs.

Negotiations were halted in 2017 because the International Oil and Gas Companies (IOCs) were unable to agree on modalities together, and it was later agreed that they should undertake the negotiations separately.

The negotiations resumed in April 2018, but came to a standstill after the PSA had been taken to the Attorney General's Office (AG) for review and stalled negotiations.