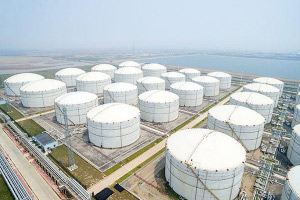 PLANS are underway for Tanzania Petroleum Development Corporation (TPDC)'s subsidiary TANOIL to partner with an Omani conglomerate in oil and gas, Oman OQ to engage in retail business of petroleum products.

This was revealed during a meeting between the Minister for Energy, Mr January Makamba, and the Ambassador of Oman in Tanzania, Mr Saud Hilal Al Shidhani.

The 2 leaders also discussed partnership between TPDC and Oman OQ in whole sale of fuel and construction of Liquefied Petroleum Gas (LPG) plants.

Their meeting basically dwelt on areas of cooperation agreed during a visit by President Samia Suluhu Hassan in Oman in June, this year, where the 2 countries signed 6 Memoranda of Understanding (MoU) which covered various areas.

The MoUs were signed on the side-lines of the Omani-Tanzania Business Forum, which attracted government officials and members of the private sector from the 2 countries.

Mr Makamba's meeting in August with Mr Al Shidhani was meant to make a follow-up on areas of agreements, which were sealed during President Samia's visit to Oman.

Following their meeting which was held at the Ministry's of Energy sub-offices in Dar es Salaam, it was also agreed that Omani experts will visit Tanzania to explore areas of investments in the ports.

These areas of potential investment include infrastructure of ports in receiving, offloading and storage of fuel as well as establishment of custom bonded warehouses for petroleum products.

In a related development, Mr Makamba said the government of Tanzania is looking for potential strategic investors to partner with TPDC in exploration of oil and gas.

"These initiatives are aimed at act as a catalyst for growth of industries and eventually boost the economy," the minister explained.

Speaking at the meeting, the Omani envoy praised President Samia for her readiness to work with Oman in development of the energy sector.

Mr Shidhani said Oman has vast experience in oil and gas industry and assured the Minister of cooperation the sector in Tanzania.