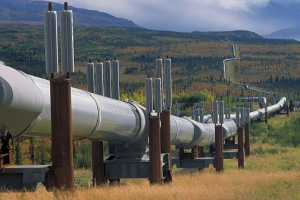 Tanzania and Zambia have agreed to build up security along their common oil pipeline as they finalise plans for the facility to start transporting refined petroleum products.

The Tanzania Zambia Mafuta (Tazama) pipeline transported crude petroleum products from Dar es Salaam to Zambia, where they were processed at the Indeni Refinery in Ndola, Zambia.

However, as part of President Hakainde Hichilemaâ€™s reform plan, the government ceased importing crude feedstock and instead switched to refined imported petroleum products.

In a new effort to up Zambiaâ€™s fuel imports via Dar es Salaam, the 2 countries have devised a plan that will see the 1,710 km Tazama pipeline handling diesel.

In preparation for the exercise, Tanzaniaâ€™s Energy minister January Makamba held talks with his Zambian counterpart Peter Kapala, Zambiaâ€™s Defence minister Ambrose Lufuma and Permanent Secretaries for the 2 ministries from both countries in Dar es Salaam on 6th December where they agreed to build up security along the pipeline before it starts transporting diesel.

The chairman of the two-day meeting and Tanzaniaâ€™s Energy minister, Mr January Makamba, said on 6th December that they had agreed on several issues in their effort to improve security along the pipeline.

The challenges include sensitizing locals near the pipeline to the need to protect it, increasing the number of security officers along the pipeline, and utilising drones to properly patrol the facility.

The ministers also agreed to form a joint committee of ministers and permanent secretaries who will make a close follow-up on the recommendations so that actual implementation can start within a period of 45 days.

â€œBasically, when you use the pipeline to transport diesel, you must first increase security. It is not the same as transporting crude oil which no one can do anything with it until it gets refined,â€ he said.

Mr January Makamba said the Zambian government has made a wise decision to start transporting diesel via the Tazama Pipeline. This, he said, ensures that despite the ongoing reforms in Zambia, Tanzania will remain one of the gateways for fuel to reach Zambia.

â€œSo basically, the decision will reach today will ensure that Zambia continues to get its diesel via the Dar es Salaam port and that the product must safely reach the neighbouring country,â€ he said.

In his remarks, Mr Kapala termed the meeting as a historic one, adding that they have agreed on the best ways to increase security along the Tazama Pipeline.

â€œI thank my friend, Mr Makamba on this. Itâ€™s a new and positive development that Zambia will get its diesel through the Tazama pipeline as opposed to the usual crude petroleum products. This is not a small achievement,â€ he said.

Mr Kapala said Zambian authorities would return to Tanzania on a later day and sign an agreement on how Zambia could get natural gas from its neighbour.

â€œWe expect to get into another agreement with Tanzania on natural gas and we seek to start building a natural gas pipeline next year. The aim is to ensure that Zambia gets natural gas from Tanzania,â€ he said.

According to Mr Lufuma, the meeting sought to ensure that there was enough security along the Tazama Pipeline, adding that the meeting was fruitful.