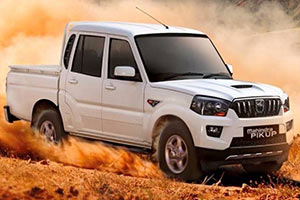 Mahindra & Mahindra (M&M) through a partnership with Simba Corporation, which is a prominent commercial organization in Kenya, dealing in motor vehicle sales and service, recently declared the launch of its locally assembled Scorpio pick-up vehicle in Kenya.

M&M mentioned in a statement that the introduction of locally assembled pick-ups that are custom built for the Kenyan terrain, is a solid step forward in this journey. This new strategy will help in strengthening brand Mahindra and make it more relevant to Kenyan customers, it added. Both the companies are devoted to offering passenger and commercial vehicles to their Kenyan customers.

M&M Chief of International Operations Arvind Mathew stated said, "The inauguration of these locally assembled pick-ups is a major step forward for Mahindra in the Kenyan market. Kenya is a key strategic market for us and we are now fully prepared to deliver products customized to meet local needs, on time".

Adil Popat Executive Chairman of Simba Corporation remarked, together with M&M, the company is on assisting Kenyan Government's implementation of the 'Buy Kenya Build Kenya' initiative which is envisioned to realize a bigger involvement by the manufacturing sector to the national economy.

M&M said its venture into Kenya, an imperative market in East Africa, will further reinforce the company's commitment and amalgamate its presence in the region. Going forward, Mahindra plans to further multiply its network in this region which will attend its customers better, it added.