SA based electric car maker sets up shop in Nairobi 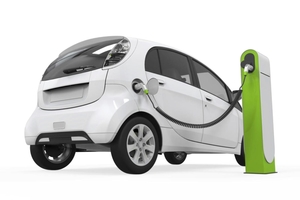 Agilitee Africa, a South African-based electric car manufacturer, has opened a branch in Nairobi as it aims to grow into the East African market.

"We will formally begin operations in Kenya in early December of this year. We are already selling our goods, and the reaction has been quite encouraging," said Dr Lamba.

The company announced this week that it has been awarded a licence to operate in Kenya. The Nairobi subsidiary offices will also serve as the company's East African headquarters.

It has also established a presence in West Africa, with its headquarters in Nigeria. There are proposals in Zimbabwe to build an assembly factory for vehicles, electric motorbikes, and scooters.

Lamba stated, "We intend to grow across Africa. In the long term, we'll set up assembly operations in a variety of countries."

â€œWe will educate our populace about the benefits of electric cars, despite the fact that most African governments have not completely accepted their use,â€ He added.

"We are positive because the market exists." "Kenya is one of the countries at the forefront of the clean energy movement, and therein lies the market," he explained.

Because they are powered by solar and contain a backup battery, Agilite electric vehicles do not require grid charging.

According to Lamba, their technique can minimise pollutants that contribute to climate change and pollution, as well as enhance public health and mitigate environmental harm.