Pharmaceuticals to Have Single Regulator in EAC 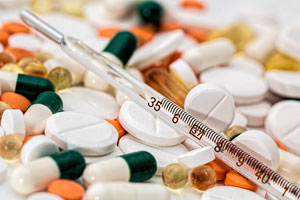 The pharmaceutical division is set to benefit by more broad access to the market following a course of action by the East African Community (EAC) States to set up a single regulatory agency for drugs. Medication firms would then be able to get to the 160 million strong EAC market effortlessly as the agency is relied upon to diminish time and costs of evaluations and approvals of drugs/medical devices.

Presently, new medications must be evaluated by various regional regulatory authorities before being allowed into the market. Under the new plan, once an agency validates a medicine, it can be sold to all EAC States without national evaluations. Dr. Felista Chepwogen from Pharmacy and Poisons Board stated, “The focus of the proposed agency will be to regulate selected medicines and medical devices which are complex in nature and require special knowledge and expertise to authorise their use by the population.”
He is likewise named as EAC Medicines Regulatory Harmonization Project official. He expressed that the courses of events for review and selection of medical products entering regional level have been drawn out basically due to unavailability of institutional structures that have genuine and legal command to manage and process applications.
The select medicines may comprise of vaccines, immunizations, genetically modified (GM) items, medical apparatuses, pharmaceuticals for uncommon diseases, high-risk foods among others. A secretariat within EAC's division of Medicines and Food Safety will conduct the joint exercises for advancement of a solitary pharmaceutical and food safety agency. This is expected from 2018 onwards. The proposed agency takes motivation from the European Medicines Agency which controls certain pharmaceuticals for 28 European Union countries with an aggregate population of 510 million.
Since 2015, national medication regulators/controllers of EAC, except for Burundi and South Sudan have been realizing joint drug evaluations and market authorisation procedures, including joint surveys of drug manufacturing locations. Under the joint evaluations, firms attempting to present new medicines within the region, still need to submit applications and pay costs to all countries separately.
The proposed development of a single regulatory agency hopes to discard duplication with the objective that applications are made to one association itself. Dr. Chepwogen commented, “The joint evaluations of medicines have minimised duplication of efforts and saved resources. The regime has resulted in faster registration timelines for jointly assessed dossier applications. It has also improved capacity for the regulators and the pharma industry.” He denied claims of undue hiccups within the present joint regional evaluation of medicines in EAC, saying they are every now and again caused by pharmaceutical organisations that don't respond to regulatory inquiries expediently.