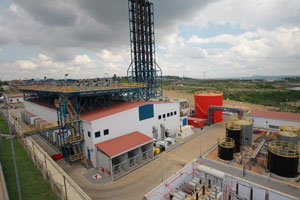 Miano takes office immediately, chairman Joshua Choge said in a notice on Friday.
Miano is the first woman to hold the position since the company was established. She had been serving as the company's secretary and legal affairs director since 2008.
Mugo held the top job since January 15, 2014.
His successor has a wealth of expertise in the energy sector.
Before delving into it, she worked at Musyoka Annan & Company Advocates (Nairobi) and Slater and Gordon (Queensland, Australia).
She also worked for Kenya Power & Lighting Company when KenGen was under its management.
Miano has a Bachelor of Law Degree from University of Nairobi, a diploma in the filed and a Masters' degree in Comparative Law (University of Australia).
She was awarded the Order of the Grand Warrior of Kenya in 2010 for outstanding services in several capacities.