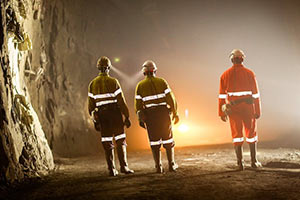 Faru Graphite Corporation, Petra Diamonds Ltd (PDL), Nyati Mineral Sands Ltd, and Sotta Mining Corporation Ltd are the entities created out of the JV and will spend a total of Sh1.755 trillion.

Prof Palamagamba Kabudi, the chairman of the negotiating team, stated that the government had a 16 percent free-carried stake in all enterprises except the PDL.

Prof Kabudi of PDL stated that the government has approved an issue of shares in Williamson Diamonds Ltd, the mine's holding company (WDL).

The government's stake in the London-listed miner would rise to 37 percent from 25 percent as a result of the acquisition.

In addition, the two partners have agreed to a 55 percent government-to-45 percent Petra economic benefit ratio.

The inking of deals with the four companies is the latest move which defines a new level of the governmentâ€™s partnership with investors, thanks to its initiatives in creating a conducive business environment and negation power when it comes to issues of national interests.

The signing of the agreement to create JVs, according to President Samia Suluhu Hassan, is a concrete result of the reform of mining legislation under the management of the late President, Dr. John Magufuli.

Tanzania had to go through extensive mining sector changes, including a review of its policies and regulations, before reaping the rewards.

'Our goal is to pave the way for a win-win outcome.' We want Tanzanians to profit from the natural resources with which the nation has been gifted by God,' said the President.

Furthermore, she stated that in order for the sector to make a significant contribution to the country's economy, value addition should take place in the country rather than outside.

According to official figures, the mining industry contributes 6.7 percent to GDP, but President Hassan is hopeful that this ratio will improve in the near future.

'I am optimistic that we will reach at least 10% by 2025 with joint ventures that we have signed today,' said the President.

'I'm certain we'll be able to pull it off. But, in order for this to happen, value addition to the country's minerals is unavoidable.'

She urged relevant authorities and all individuals to join the battle against dishonest dealers smuggling minerals out of the nation.

'We must safeguard our economy.' We must always be on the lookout for smugglers of the country's resources,' she said.

'Responsible authorities should undertake routine patrols, and anyone caught smuggling minerals out of the nation should face the full force of the law.'

Doto Biteko, the Minerals Minister, stated, "We have written history." It's a huge deal to sign four joint venture agreements at once.

He commended the late President Magufuli and President Hassan for providing the mining industry with much-needed support.

Minister Biteko added that since President Hassan took office in March last year, the government had awarded 20,277 mining licenses to investors, indicating that the industry was strengthening.

'All compliments go to your excellency President for fostering a business-friendly atmosphere that would attract investment,' he said.

John de Vries, CEO and Managing Director of the Australia-based Blackrock Mining Company, a parent company of the Faru Graphite Corporation, said that the recently signed agreement sets the scene for the project's execution to begin.

He admired the Tanzanian government's underlying attitude on natural resource exploitation, which said that such exploitation should be done first and foremost for the benefit of Tanzanians.

Mr. De Vries stated that Black Rock's current estimations of the projected direct benefits to the government from the development of the Faru Mahenge Project are close to USD 3.6 billion.