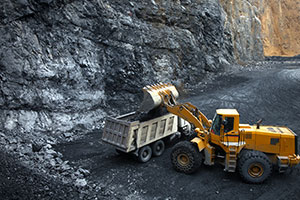 At a progress meeting with Mahenge mining project stakeholders, including the Minerals ministry, the mining commission, the Treasury Registrar's office, the revenue authority (TRA), TANESCO, the Tanzania-Zambia Railway, TanRoads, and the Tanzania Ports Authority, Adolph Ndunguru, the department's permanent secretary, made this observation.

The value is based on 51% of the investment's surplus, with a predicted USD 8 billion total benefit to the national economy over a 26-year period.

In accordance with the framework agreement, the parties agreed to form Faru Graphite Corporation as a joint venture firm for the mining operation at a ceremony with President Samia Suluhu Hassan, where the minister, Dr. Doto Biteko, signed on behalf of the government.

The investor, Black Rock Mining, holds 84% of the shares in the joint venture, Faru Graphite Corp., while the government gets a 16% free carried interestâ€”a holding for which it makes no capital deposits.

The mining licence was granted to Faru Graphite Corp. two months ago, allowing the project to go into the development stage. When fully operational, the project is expected to generate over 1,000 direct job opportunities.

Since graphite is utilised in renewable energy technologies like solar panels, the project is timely as it has the ability to maximise graphite exploitation advantages in the global market.

According to an online article, graphite can withstand extremely high temperatures and serves as a heat shield and thermal insulator, making it ideal for the crucibles and moulds used to cast the silicon in solar panels.

The ministerial executive highlighted that the goal of the conference was to align the key stakeholders around a common operational framework in order to perform various project elements for the benefit of the country.

According to Alimiya Osman, CEO of Faru Graphite, when the project begins, the government is expected to make up to 800 million dollars a day from its 16% investment.

The framework agreement enables the government to gain project benefits through a combination of dividends, taxes, and tariffs, according to John Vries, executive chairman of Graphite Mining.

According to him, the company's commitment includes the acquisition of goods and services, the provision of electricity, rail haulage activities, and a significant reliance on port services.

Rail transportation via the Tanzania-Zambia railway from Ifakara to the port of Dar es Salaam is one of the project's key infrastructure and facilities to be established.

Power supply to the mining site, access to land at Ifakara for a railway siding to Tazara line, and a sufficient tarmac road from Ifakara to the mining site are additional infrastructure, according to him. Along with the resettlement and compensation process, confirmation of the tax regime as outlined in the framework agreement would be sought, he continued.