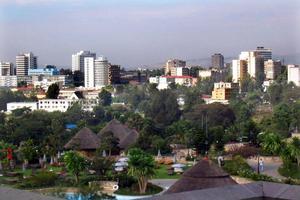 China Merchants Port comprehensive project proposal has been agreed and accepted by the Tanzanian government which has now officially submitted its letter of approval for the Bagamoyo Special Economic Zone venture. According to Tanzanian Ambassador to China Mr Mbelwa Kairuki, the letter was submitted to the China Merchants Port Managing Director, Bai Jingtao, on the 10th of November, 2017.

“With the approval by the Cabinet meeting, the Tanzanian government formally agreed and accepted the comprehensive proposal submitted by the China Merchants Port and the Oman Sovereign Fund on March 31, this year,” said  Ambassador Kairuki.
While China Merchants Port is slated to work with Oman partners to promote the Bagamoyo Special Economic Zone project, the approval by the government represents a breakthrough in the Bagamoyo project.
According to China Merchants Port Holdings Company Limited Director for Overseas Investments, Dr Mao, the project is expected to bring enormous economic benefits to the country, including multiplying almost tenfold the GDP per capita income of Bagamoyo residents and tapping the containerized cargo that Kenya and South Africa ports are receiving. Dr Mao said the project would, among other things, involve building of 190 factories in just start-up zone.
Around 760 factories will have been established by the end of this project, increasing the GDP per capita income of Bagamoyo from the current US $901to US $8,100 by 2047.