Mega port project in Tanzania gets a landmark go-ahead 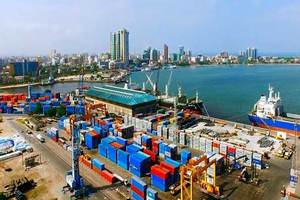 Government of Tanzania has approved a major project to develop a port and an adjoining industrial zone in Tanzania by the Oman Sultanate’s State General Reserve Fund (SGRF), along with its partner China Merchants Ports (CMPorts).