Tanzanian economy expected to grow vibrantly in 2018 and going forward 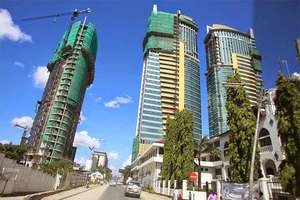 The Minister for Finance of Tanzania said on Monday that the economy is expected to grow by 7.2 percent in 2018, up from around 7.1 percent last year, and the fiscal deficit will increase on the back of higher infrastructure spending.

Economic output in the East African nation is expected to be boosted by positive activity in the key mining, construction, transport and communications sectors.

In a special address to the parliament, finance and planning minister, Mr. Philip Mpango said that the inflation rate in 2018 would be curtailed within single digit levels. Tanzania’s inflation stood at 3.8 percent year-on-year in April, slightly down from 3.9 percent a month earlier.

The President said that Tanzania plans to invest around $6 billion over the next five years in its agriculture sector, which is a mainstay of the economy.

The private sector is expected to contribute 60 percent of the funds for the Agricultural Sector Development Programme Phase II, with the balance coming from the government and development partners.