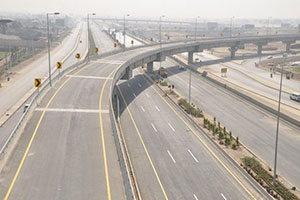 The government of the United Republic of Tanzania has signed two agreements worth about US$ 95.7M for the construction of 112.3-kilometer Dodoma City Dual Carriageway Outer Ring Road.

CCECC will be responsible for the construction of approximately 52.3 kilometers of the Dodoma City Dual Carriageway for about US$ 43.5M within a period of 39 months while the AVIC INTL Project Engineering Company will construct 60 kilometers of the road at 120.86 billion Tanzanian shillings within 43 months.

The project is financed by the African Development Bank (AfDB) and the African Growing Together Fund (AGTF).

Its main objective is to respond to the need for improved logistics services to cope with the expected population boom and expansion of economic activities in the political capital of Dodoma.

It is also expected to provide efficient road transport access to the rest of the country at large and boost regional integration for the East African country with other countries in the EAC region for it lies at the crossroads of two major continental road corridors: (i) the Central Corridor which connects the Port City of Dar es Salaam to the Tanzanian interior and (ii) the Trans-African Highway 4 (TAH4).