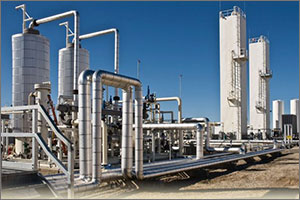 The newly sworn-in Tanzania President Samia Suluhu Hassan is set to revive the long-stalled US $30bn liquefied natural gas LNG project in Lindi Tanzania. The project was sidelined under the administration of the former President, the late John Pombe Magufuli with his administration instead prioritising the East Africa Crude Oil Pipeline to take oil from Uganda to the Tanzanian port of Tanga.

According to the President, she tried to work on the LNG project in Lindi Tanzania when she was sworn in as the vice president back in 2015 but discovered it was beyond her and stopped. Nevertheless, she has now directed the Ministry of Energy to accelerate talks with the projectâ€™s stakeholders, Shell and Equinor.

Tanzania LNG would involve gas from Shell-operated blocks 1 and 4 and Equinorâ€™s Block 2 being piped from deep-water subsea wells to two or three liquefaction trains at Lindi. These blocks house about 35 trillion cubic feet of recoverable gas, split about evenly between the two operatorsâ€™ assets.

According to Shell, The offshore deepwater gas in the south of Tanzania is located in fields

over 100km offshore, and some are in water that is up to 2,500m deep and 2,500m below seabed. Distance between the fields can also be over 100km apart. Depth, distance and terrain means the Tanzania LNG project is at the cutting edge of deep sea exploration technology and provides a unique opportunity for developing unique competencies and

capabilities in the local supply chain and within TPDC as the project tackles these technical obstacles.

LNG is natural gas that has been cleaned and cooled in huge refrigeration units to a temperature of around -162oC. The LNG process converts the gas into liquid, substantially reduces the volume of the gas more than 600 times. This is similar to shrinking a football to the size of a marble. This makes the gas easier to store and transport safely to markets around the world in purpose-built ships.