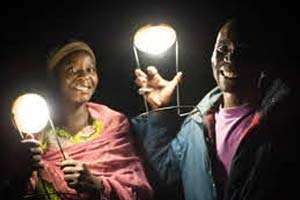 In the Zanzibar archipelago of Tanzania, beyond pristine beaches and azure blue seas, there is the tale of tens of thousands of people who have been struggling with access to affordable electricity for years, with an estimated 50 percent of the population shut out of the national grid.

As a result, families have had to struggle with costly and unhealthy energy sources, including kerosene and firewood, which continue to have a negative effect on public health and the climate. This, even though the majority of community members struggle to survive on less than a dollar a day.

Ironically, Zanzibar enjoys prolonged sunshine that lasts up to 10 hours a day but remains heavily undercover. With rural households spending at least 35% of their income on energy needs, the government has prioritised infrastructure such as transport and energy access to improve economic growth and end rural poverty in its Strategy for Growth and Poverty Reduction.

As a result, a new project has tapped the abundance of sunlight to provide clean and renewable energy in the form of solar energy, opening up the island's hinterlands to more industries as streets and businesses now run at night, thus enabling rural women to make a living from an initiative that further improves the economic well-being of rural communities.

Between 2011 and 2015, 13 women were trained in solar energy operations in India by Barefoot College, a non-profit organisation, including assembly, installation, repair and maintenance of various solar components. The training took six months to complete. Upon their return to Zanzibar, they became master trainers who passed on solar engineering skills to other women in training centres located in rural Zanzibar through a model dubbed Barefoot College Zanzibar. Women are illiterate or semi-illiterate.

The project has been committed to investing in rural women because of the bond they have with community members, which makes it easy to sell the gospel of renewable energy and the key economic role they play in their communities.

In order to qualify as a solar engineer, a woman must be born in one of the Zanzibar villages and have roots in the area, including family and with no plans to leave the area, exhibit leadership qualities that are identified by community members and do not have advanced education.

The idea, according to the coordinators, is to ensure that women who are considered illiterate or semi-illiterate are motivated through technical training to reach many more women in areas where a significant percentage of women do not have access to formal education.

Once admitted to college, women spend five months in aggressive training learning about different aspects of the operation, installation and repair of solar energy equipment. Once the training is completed, each woman who now acquires the title 'Solar Mama' is fitted with 50 full solar home lighting systems with each system consisting of a battery, a solar panel, a USB charging port adapter, four light bulbs and 15 metres for communication.The women charge for installation and maintenance of the solar systems which forms part of their income.

The Government of Zanzibar is responsible for promoting the training and procurement of solar equipment.

"Until now the project has transformed the rural life of Zanzibar villages by ensuring that children study using solar lamps that do not damage their health and enable them to study for longer hours without running out of fuel, that mothers can cook with solar stoves, that uneducated women have been empowered to become engineers in a conservative society where women have traditionally been confined to their home chores and people can work and walk at night with their safety guaranteed due to availability of street lights,â€ added Pendo.

As the project now aims to spread to other countries such as Malawi, it is already inspiring other spin-offs designed to empower women, including training them on apiculture, how to make apiary products and how to manufacture reusable sanitary pads.